With the effort to remove the five, small greenhouse structures west of the Test Module and large greenhouse completed by Laura Blystone and her team, Kai, Trent, and Sean set to cleaning after a summer of intense wind and rain that brought down most of the remaining roof panels from the original, thirty years old structure.

We recycled the plywood removed from the west wall of the large greenhouse structure, standing six sheets vertically against the south wall of the large greenhouse, what will be the 6400 square-foot indoor Mars yard. In review of several photos taken by various Mars rovers, we selected an initial paint color to represent the martian sky and applied it to the plywood following a coat of primer.

Terry moved six tractor loads of crushed basalt against the plywood to form a miniature martian landscape. With this in place, we have a diorama with which we can explore a color palette for the future, sculpted concrete, scaled crater that will cover the entire length and width of this building. 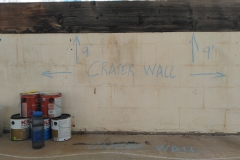 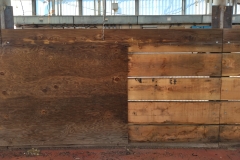 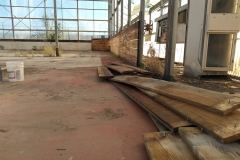 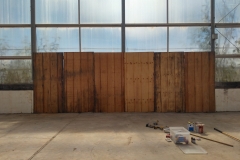 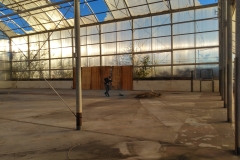 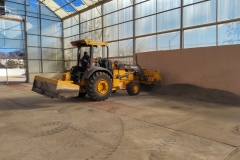 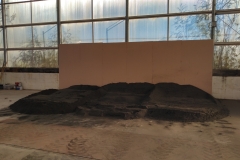