This past week has seen tearing things apart more than putting them together, which feels like progress lost even when we know it is the best way forward. In order to weld the perimeter of the end of the 20′ container we had to remove the west-end insulation panels installed this summer—two days of effort undone in a few hours. We learned how well the construction adhesive adhered and the properties of expansion foam in small and large spaces. What’s more, we cut channels in the side walls in order to visually see (and later test) the quality of the weld by exposing the seam on the inside for our auditory and visual inspection during consecutive pressure tests.

Between the Tuesday, November 1 and Friday when UA welders Charlie and Chad were onsite, we filled our days with myriad small projects, the kind otherwise left for when major efforts are complete. It was hard to focus, at first, but in looking back it feels good to have checked-off so many tasks.

In a project such as this, there are moments no one will forget. One such moment was when we decided to reverse the flow of air in the shop-vac and blow any debris out of the two PVC conduits we retained that once carried power and data from the TM to the computer terminal and data analysis terminal. We were horrified and at the same time overtaken by laughter when not only did a cloud of dirt, seeds, droppings, sticks and twigs fly into the air, but a mummified rat too!

We realized then we had to clean these pipes well beyond simply blowing air. We repeatedly filled them with water and bleach and using the vacuum in reverse, created a water fountain until it ran clean (banner at top). The words “Disgusting!” and “Oh no! That is really gross” were heard over and over followed by “Let’s do it again!” 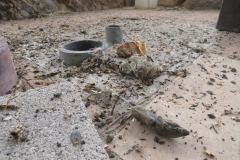 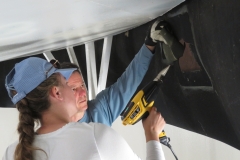 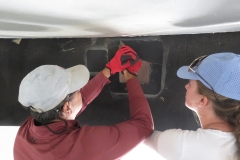 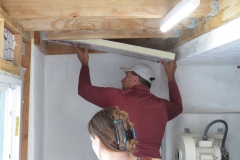 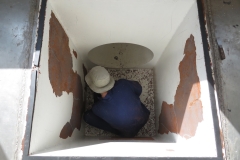 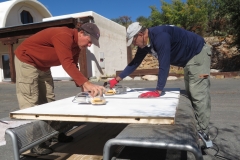 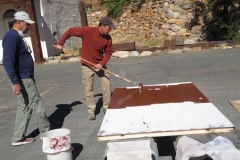 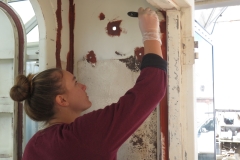 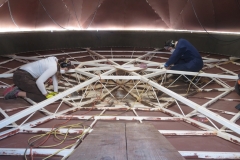 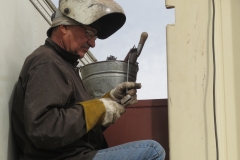 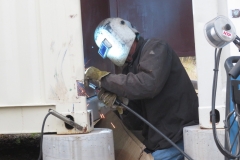 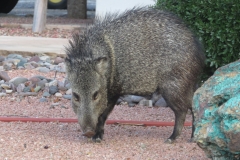