Home/Construction/Crew Quarters are placed!
Previous Next

We have been waiting for this moment for more than a year—the placement of the shipping containers to serve as the workshop and crew living quarters. The concrete footings were poured in early December, the doors for the 20 foot unit removed and the hatch plate installed just last week.

Mark Scheicher (Crane Operator), Frank Campa (Oiler/Rigger), and Steven Carnahan (Rigger) from Marco Crane arrived 20 minutes early at 7:10 am. I ran from the Casita where Trent, Colleen, and I live on campus to the Service gate to meet the crane and support truck that carries the weights used to counter-balance the crane. On-foot I ran ahead of the convoy from gate to SAM, a quarter mile downhill.

John, Kevin, and Jason were already on-site. Given the tight move between the old botanical gardens and restaurant the truck driver chose to back his rig to enable an easier departure. About thirty minutes transpired as the crane assembled itself, stabilization arms extended and set on large pads, leveling the crane before its operation, weights moved to key locations, load straps connected.

Mark, the crane operator asked if the containers were full.

I responded “No, they are empty.”

Easy? Glad I am not operating the crane or running rigging on the ground. One false move, one nudge left or right of center and the Test Module could be bent beyond repair, windows cracked, fingers smashed, or worse! This is why we hired the experts.

The 20 foot unit was lifted into place first. In coordination with Frank’s hand signals, Mark hovered it just above the four concrete pads, perfectly level. He then lowered it bit by bit until it skimmed just above the surface, providing some friction with the concrete but not nearly its full weight. I was able to maneuver the entire unit with one hand, placing it within an eighth of an inch of my desire location. I checked the placement with the tape measure, making certain the container was parallel to the west wall of the Test Module, then called it good. The operator allowed the full weight to rest on the footings and the straps were disconnected.

The 40 foot unit was a bit tricky due to its size and our realization that one of the concrete footings had been incorrectly placed, off by an inch. Once this was noticed, it made sense why we could not nail our center points as accurately as the 20′. No worries, the unit is parallel to the 20′ and perfectly supported on the oversized 18″ circular pads. To see the crane operator and crew in action is a testament to the technology and skill employed. While I can explain the physics of hydraulics, it does not reduce my appreciation for the ability to move thousands of pounds within a fraction of an inch of a desired location, or to reduce the apparent weight from something that would turn a human into a pancake to something that can be maneuvered with ease.

With the containers in place, SAM became something more than a refurbished building. Nearly one year to the date of our first day in this project, the dream of our analog was given new form. 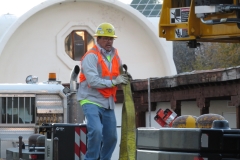 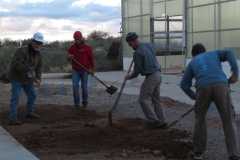 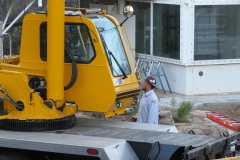 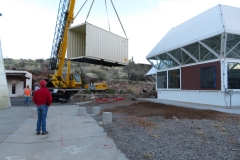 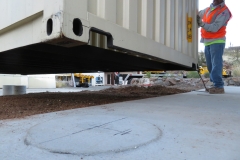 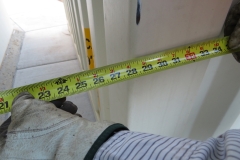 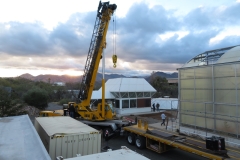 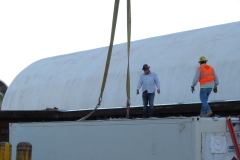 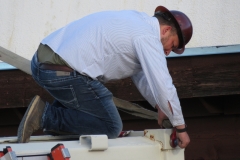 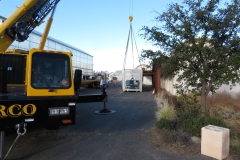 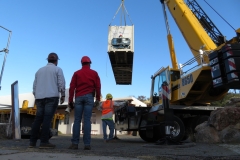 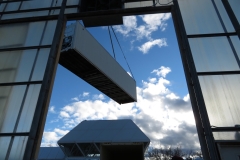 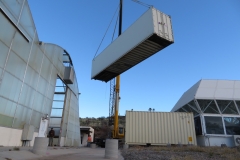 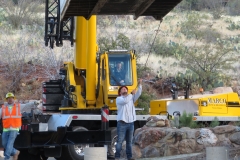 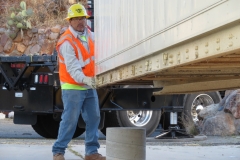 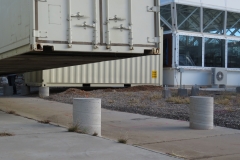 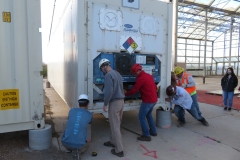 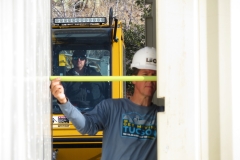 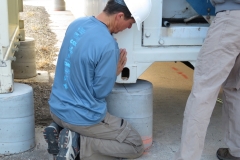 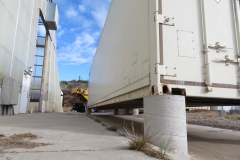 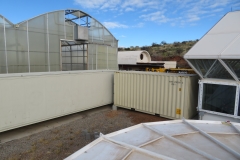 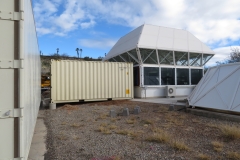 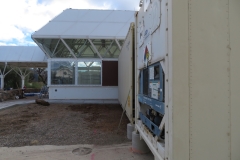