The original Test Module (TM) was constructed in 1987 and operated into 1990 as a prototype for the much larger Biosphere 2. Where a single occupant of the 440 square foot TM shared an intimate space with the plants that recycled the air and water and produced all food, the 3.1 acre Biosphere was divided into five biomes, a technical understory, and living space for its eight occupants. SAM falls somewhere in between with the TM serving as the controlled environment (greenhouse) for food cultivars and plant growth experiments, two added shipping containers (20′ x 8′ and 40′ x 8′) to serve as the workshop, storage, kitchen, common area, sleeping compartments, and toilet-bathroom.

Kai Staats, Colleen Cooley, and Trent Tresch with assistance from Tim Mcmullen and Jason Deleeuw of the Biosphere 2 staff removed two of the original TM sealed windows and frames, then bolted in place a single 133.5″ x 66.5″ sheet of 3/16″ steel with a welded frame. This new construct was prepared by James Parker and his crew at the University of Arizona Facilities Metal Shop (Thank you!) and forms the passage between the Test Module and the 20 foot shipping container. The hatch itself will include a pressure fitting such that the TM can again maintain a hermetic seal independent of the Crew Quarters, or be run open for a fully pass-through airflow.

By design, the hatch is 40″ wide and 48″ inches tall, and will include a few steps up to either side. This is intended to serve three purposes: to provide a single, clean interface for the pressure sealed hatch, to maintain the integrity of the historic Test Module, and to provide a space-ship like interface between these two major components of the SAM construct.

On Tuesday, January 18, the two shipping containers will be placed on their concrete footings and the transition from restoration to construction will be well underway! 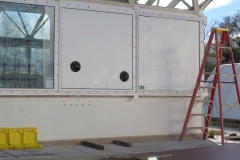 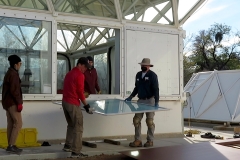 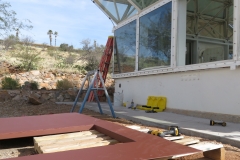 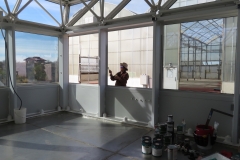 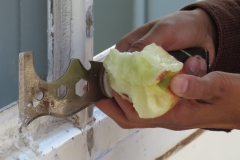 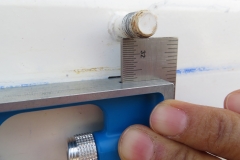 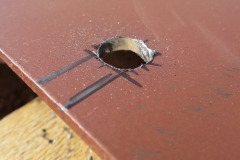 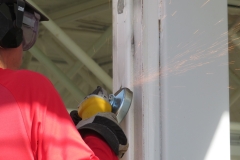 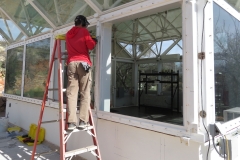 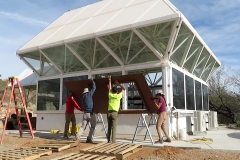 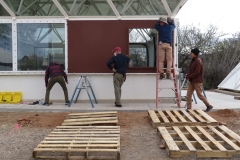 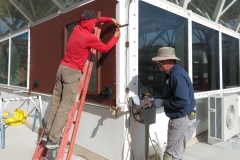 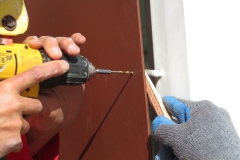 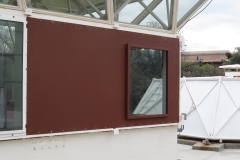 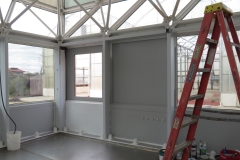 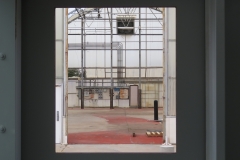