Joaquin, Grace, Kennith, Brianna, and Will of the UA Engineering Capstone team met with Trent Tresch at SAM on Saturday, April 9 to capture baseline performance data before the test of their own swing-bed CO2 scrubber design and scale, working prototype.

Trent lead the team in the effort to established a small, fixed volume of space in which both “the Paragon CO2 scrubber prototype designed for NASA’s Commercial Orbital Transportation System (COTS) program and the NASA-funded team’s prototype will be tested for their comparative ability to draw down CO2 from a given level over the period of 1 hour. The team employed a CO2 gas canister and delivery system, sealed tent, and three Vernier brand CO2 / relative humidity / temperature sensor (the later two variables used to internally calibrate for CO2).

This structure will remain in the SAM Test Module until the team can test their own design and then deliver the findings to NASA. 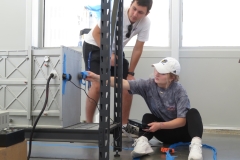 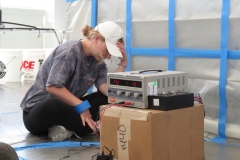 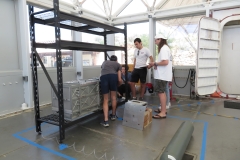 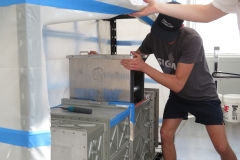 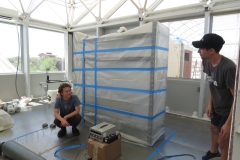 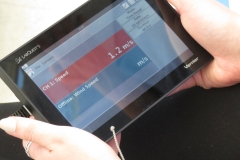